The German government rejected the ratification of a convention submitted by the Deutsche Bundestag ( German Parliament). The political parties consider the Convention No. 169 of the ‘International Labour Organization (ILO), an agency of the UN, disadvantagious to the interests of German companies in third-world countries. A speaker of the Union coalision pointed out that the responsibility to guarantee human rights lies with the respective countries.

In fact there are cases where German companies offend against Convention No. 169. One such case is the joint venture of Siemens and Voith engaged in the construction of the Belo Monte dam which endangers the very existence of thousands of natives among them tribes hitherto not contacted by civilization.

Spain, the Netherlands, and 20 other countries have already ratified Convention No. 169 which guaranties many fundamental rights, such as protection and recognition of land rights for indigenous tribes as well as UN minimum standards to grant them a say in projects concerning their future.

How can I help?

1. Please write a letter to the Chancellor of the FRG Mrs. Angela Merkel. Please download and print out the attached sample letter (Word).

Alternatively you can copy and paste the contents of the letter (see under FAQ). You may have to adjust the colour to ‘black‘.

Your letter can save lives.

1. Where can I find detailed information concerning Convention No. 169?

2. What does the sample letter say?

With this letter I ask you to support the ratification of Convention No. 169 of the International Labour Organization (ILO 169) as this is the only binding international law agreement which guaranties human rights for the indigenous peoples.

To recognize those rights is decisive for the survival of millions of human beings and for protecting them against suppression, discrimination, and expulsion.
Until today, Germany refuses the ratification of said agreement on the grounds that there are no indigenous tribes in Germany which fall under Convention No. 169. The convention, however, does not state that the agreement is only valid for countries with indigenous tribes. This was clear to Spain and The Netherlands when ratifying the agreement.

Furthermore it is hard to comprehend the view that the ratification of ILO 169 granting the rights to only a few groups is contradicting German politics. The agreement recognizes the collective rights of indigenous peoples directed to their specific situations and without which they cannot exercise the most fundamental human rights. ILO 169 is never intended to go against international human rights, this convention is part of it.

Last but not least it is appalling to maintain that German companies have to fear disadvantages by ratifying the convention. All activities of German companies as well as the German foreign and development policies affect indigenous peoples. The ratification of ILO 169 would guarantee minimum standards companies would have to take into consideration and abide to.
I very much hope that you will support ILO 169 and am looking forward to your reply. 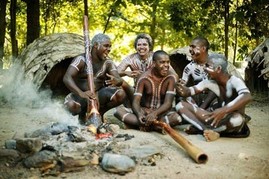 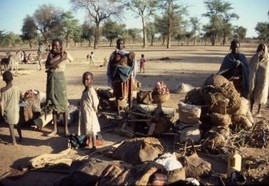